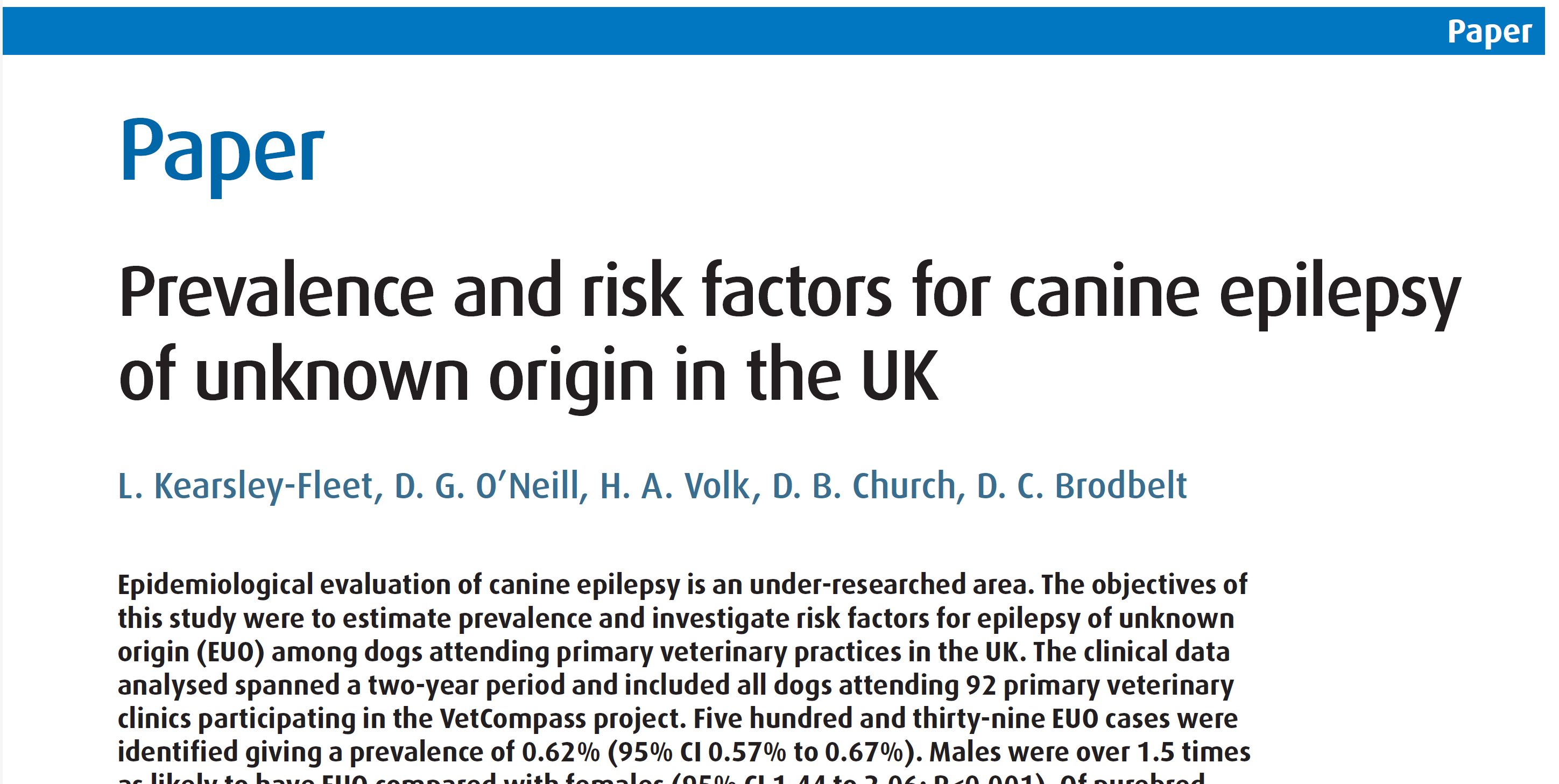 The full publication of Prevalence and risk factors for canine epilepsy of unknown origin in the UK is available on the VetCompass website.

Epidemiological evaluation of canine epilepsy is an under-researched area. The objectives of this study were to estimate prevalence and investigate risk factors for epilepsy of unknown origin (EUO) among dogs attending primary veterinary practices in the UK. The clinical data analysed spanned a two-year period and included all dogs attending 92 primary veterinary clinics participating in the VetCompass project. Five hundred and thirty-nine EUO cases were identified giving a prevalence of 0.62% (95% CI 0.57% to 0.67%). Males were over 1.5 times as likely to have EUO compared with females (95% CI 1.44 to 2.06; P < 0.001). Of purebred dogs, the border terrier had 2.70 (95% CI 1.57 to 4.62; P < 0.001) and the German shepherd dog had 1.90 (95% CI 1.28 to 2.80; P=0.001) times increased odds of EUO compared with crossbred dogs. In addition, the West Highland white terrier had reduced odds (OR 0.23; 95% CI 0.08 to 0.62; P=0.004) of EUO compared with crossbred dogs (likelihood ratio test P < 0.0001). No association was found with neuter status, colour or weight. The current study highlights the clinical importance of epilepsy as a canine disorder in the UK. Increased awareness of sex and breed predispositions may assist clinicians with diagnosis. Further research is merited to evaluate the specific breed associations identified.