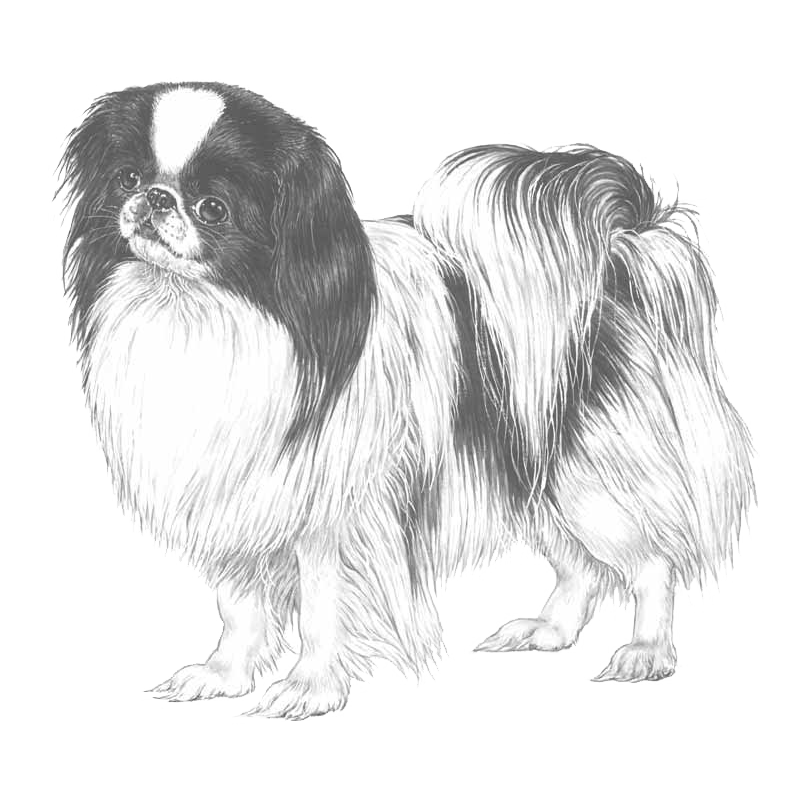 The Japanese Chin, also known as the Japanese Spaniel, is a dog acknowledged for its importance to Japanese nobility. It is also known for its strabismus of the eyes.

Japanese chin, also known as Japanese Spaniel, is a very old dog breed originally from China and Korea, Japan, which gained a prominent position in the imperial court of Japan.

There are numerous breed standards. The basis of breed/conformation shows is the judging of pedigree dogs against the 'Breed Standard', which is a picture in words that describes the range of features that are deemed appropriate for the breed. Three of the major international standards are:

1. Swedish Insurance Data Breed-specific information on rates of disease and death from Agria Pet Insurance (Agria Djurförsäkring) is available for many breeds. This breed has information on Veterinary Care and Life Insurance. Click here to view downloads

Sweden: Breed-specific Breeding Strategies: (in Swedish) and/ or English summary

We are listing sites for breed clubs with health or other information that might be helpful. Follow links below.